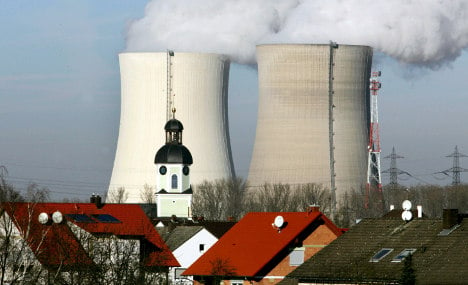 In the wake of the nuclear crisis in Japan, Berlin has ordered the shuttering of the seven oldest of Germany’s 17 nuclear reactors, at least temporarily.

But electricity production will be strained when the other atomic energy plants are shut down, DENA head Stephan Kohler told daily Passauer Neue Presse.

“There’s nothing there to sugarcoat,” he said. “There is a danger of regional blackouts during peak-demand periods.”

Because less electricity would be produced in the south, more power generated in the north would have to be circulated there, he explained.

“With that we reach the borders of our network capacity,” he told the paper. “That can’t be taken lightly.”

The country needs time to make a major change in energy sourcing, he said.

“An ad hoc exit would be irresponsible,” he said, advocating a return to the law that the centre-left Social Democrats and the Greens passed while in power back in 2000, which would shut down all German reactors by 2020.

This would be a realistic goal, he said, explaining that turning away from nuclear power first required the development of electricity networks.

“Everything else would lead to significantly higher electricity prices. We can’t allow that as an industrial nation,” Kohler said.

Last week Merkel opted to temporarily shut down the country’s older nuclear reactors, telling parliament that a partial atomic meltdown in Japan after an earthquake and tsunami had caused her to reconsider the risks of atomic energy.

Seven reactors are scheduled to be mothballed during the moratorium, with several older models likely to be taken off the grid permanently.