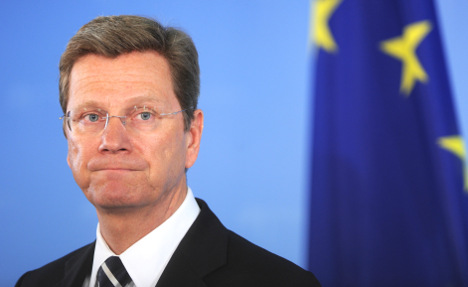 “It is the responsibility of every country to decide if they’ll support a military intervention or not,” Westerwelle said on arriving for talks with European Union counterparts on the situation in Libya and across the Arab world.

“(But) we calculated the risks, and when we see that three days after this intervention began, the Arab League has already criticised this intervention, I think we see we had good reasons,” he said.

The UN vote passed 10-0 with five abstentions in the 15-member council. Germany joined permanent members China and Russia, as well as India and Brazil, by abstaining. Westerwelle has since repeatedly had to deny charges Berlin has isolated itself from its closest allies in the European Union and NATO.

Chancellor Angela Merkel on Monday also defended the German stance, saying that despite the abstention, Berlin wanted the military mission spearheaded by the United States, Britain and France to be successful in stopping Qaddafi’s forces.

“We want the resolution to be applied successfully. Germany is contributing in that the government is of course … allowing the current operation to be coordinated in Stuttgart,” Germany, Merkel said.

She also said that Berlin would help the mission by putting German crew members on board AWACS radar aircraft in Afghanistan, where her country has around 5,300 troops.

“In my view the AWACS decision could be made this week in the German parliament,” she said.

German government sources said that NATO had made a request to Germany to this end.

Merkel stressed that Germany had in the past taken part in international missions that the United States and Britain had not participated in, for example in Lebanon and the Democratic Republic of Congo.