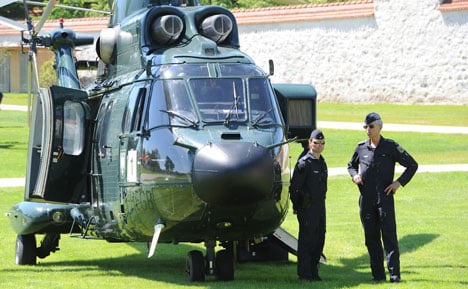 The helicopter had been transporting the chancellor from the town of Friedrichshafen am Bodensee to an election campaign event in Waldshut-Tiengen on the Swiss border.

After Merkel got off at her destination, the three-person crew began the journey back to their base near Munich. But near Augsburg, at an altitude of 1,600 metres, both engines of the Super Puma 332 suddenly died and the helicopter plunged toward the ground.

Crew members were able to restart the vehicle’s engines only when it was several hundred metres above the earth.

“It’s a precarious situation when both engines go out at the same time,” a police official told the Bild am Sonntag. “The crew acted just as they were supposed to and got the engines going again.”

The cause of the near-crash is still unknown and an investigation is now underway. The helicopter was in mint condition and first entered service in December 2010.

Experts at this point do not think sabotage was involved.