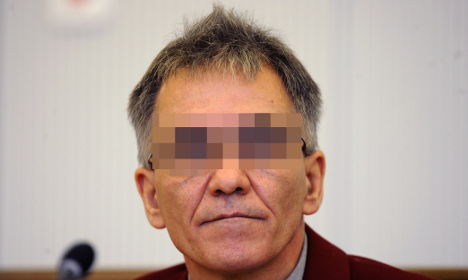 The 48-year-old former trucker, identified only as Detlef S., has admitted to fathering eight children with his stepdaughter – one of whom died – but denied raping her. He has also confessed to abusing his daughter.

The victims are “seriously traumatised” by their ordeal, prosecutor Thorsten Kahl told the court in Koblenz, western Germany, in his closing remarks.

“They will suffer from the actions of the accused for their whole lives,” he said, adding that they required “urgent therapeutic support.”

The sentence demanded – 14 years and six months – was just under the maximum possible of 15 years. Kahl also called for S. to be placed in preventative custody.

In total S. is charged with 350 counts of sexual assault and grievous sexual assault of minors over a 20-year period in the tiny village of Fluterschen, near Koblenz.

He is also accused of prostituting his stepdaughter and his biological daughter out to others at 40 deutschmarks and later €30 to €50 per time, while he allegedly watched.

Co-plaintiffs were due to testify later Thursday. The defence team was set to sum up on Monday, with a verdict expected the day after.