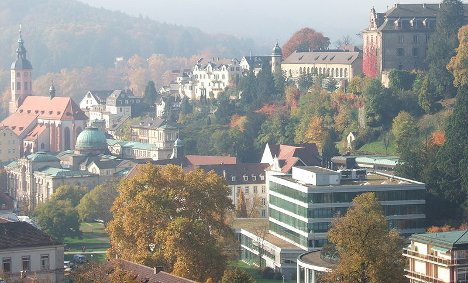 Investors have long been confident in the country’s biggest cities, such as Berlin, Frankfurt, Munich and Stuttgart. But in recent years increasing interest has forced higher prices, while the rate of return has tanked, daily Die Welt reported this week.

But a number of neglected cities have the potential for much higher returns on living spaces, according to studies cited by the paper.

“There is a row of secret stars awaiting discovery on the apartment market,” said Tobias Just, real estate analyst for Deutsche Bank, citing his new study.

The development stems from fears about the country’s demographic decline, as the country ages and the birth rate remains low. For this reason, many real estate investors have focused on big cities, where the market suffers less from such factors.

Meanwhile the rate of return has fallen in many metropolitan areas, Deutsche Bank’s Just told the paper.

But in smaller cities buyers can get a higher rate of return, and many aren’t experiencing the kind of demographic decline once predicted.

It’s a surprising development confirmed by new calculations by the Federal Institute for Research on Building, Urban Affairs and Spatial Development (BBSR).

The BBSR made a similar prediction for the Rhineland city of Unna, which has been effectively drawing in young families, the paper said.

Aachen, Bremen, Hamm, Ludwigshafen, Mannheim and Neu-Ulm are other cities expected to buck the demographic trends in the next 14 years.

“Should these new prognoses come true, these cities would be the secret stars for real estate investors,” Just said, explaining that prices remain low and returns high due to lack of interest.

Still, not every location would be desirable in cities like these, said Christian Wittke, real estate consultant for Berenberg Bank.

In senior-friendly Baden-Baden, small apartments will sell well, while bigger apartments for growing Unna families will be popular, he said.

And investors should carefully examine the macro location of their targets, he suggested.

“An apartment near a market square with doctors and stores nearby can always be rented – but not a cheap place on the city outskirts,” he said.