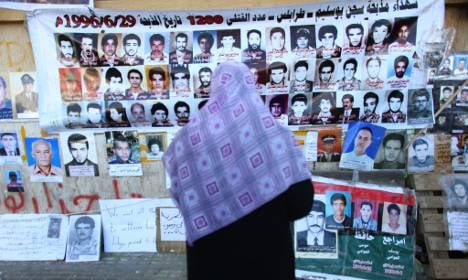 Dead and missing at rebel headquarters in Libya. Photo: DPA

The United Nations Security Council, on which Germany currently holds a seat, is set to vote on Thursday whether to implement a no-fly zone over Libya to prevent leader Muammar Qaddafi from continuing his brutal suppression of pro-democracy rebels.

On Wednesday night, Britain and France reportedly finished a proposal for the measure, which Westerwelle maintained that Germany not vote in favour of.

“A no-fly zone is also a military intervention,” he told broadcaster Deutschlandfunk, explaining that it would also be an attack on Libyan ground troops.

“I don’t want German troops entangled in a war in Libya,” he said.

Germany should learn from its recent history that military intervention is “no solution,” he said, also questioning whether such a measure would be effective.

Responsibility for the situation in the increasingly unstable country lies with the Arab League, though Germany would continue to exert political pressure on the Qaddafi regime through tough sanctions, he said.

With fighting on several fronts and casualties rising, US Secretary of State Hillary Clinton said she hoped the UN Security Council will vote on new measures against Libya that might include the no-fly zone.

Qaddafi’s forces are pressing rebels in the west and threaten their eastern bastion of Benghazi, as UN chief Ban Ki-moon continues to call for an immediate ceasefire.