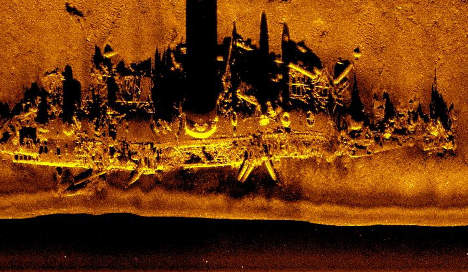 The U-106 was discovered in the North Sea, north of the Dutch island of Terschelling, in October 2009 by a Dutch naval ship mapping the sea floor, the navy said in a statement.

The find was not announced earlier because the German government needed time to find and inform the next-of-kin of the 41 crew who sank with the boat.

“The ship will be left where it was found, and will become an official war grave,” the statement said.

The submarine of 838 tonnes, 71.5 metres (234 feet) long, took to the water for the first time in July 1917, commanded by “Kapitänleutnant” Hans Hufnagel, fresh from submarine school.

It is believed to have hit a British mine on the night of October 7 after it lost radio contact in a British undersea mine field.