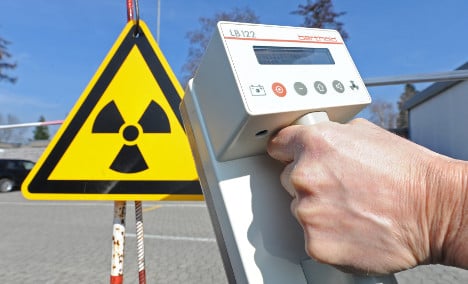 The phone line at the Society for Radiation Protection (GS) has been busy since last week’s earthquake and subsequent tsunami destabilized the Fukushima nuclear plant some 250 kilometres from Tokyo, the paper said.

And though experts at the GS have advised callers against taking iodine pills or buying Geiger counters, the particle detectors that measure radiation have quickly disappeared from store shelves.

“I can’t deliver, not a single item,” a spokeswoman for electronics manufacturer Conrad told the paper, adding that advance orders were already in the hundreds.

The company is working “under high pressure” to provide the devices, which cost between €300 and €500.

Georg Dieter Mirow, owner of Mannheim-based company Gamma Scout, a producer of Geiger counters for Conrad and other vendors, described an “assault-like order situation,” saying demand was some 20 times higher than usual.

“Many with family in Japan want to bring a device with them,” sales representative Martina Pavlidis told the paper, adding that for a number of other buyers, the counters served as “psychological help.”