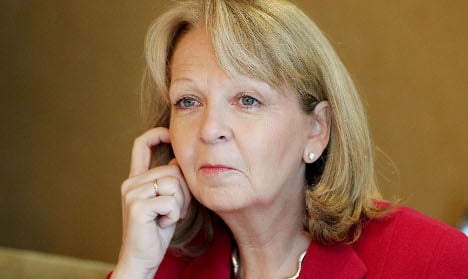 The court said the budget would result in net debt exceeding investment, which is not allowed by the state constitution unless the government can prove it is necessary to main economic stability.

However, the minority government of Social Democrats and Greens did not succeed in convincing the judges of that.

The complaint had been filed by the right-wing opposition Christian Democrats (CDU) and Free Democrats. In January, the court slapped a temporary injunction on the state pursuing the supplementary budget, which called for the state to borrow an additional €2.8 billion, including €1.3 billion for troubled regional bank WestLB.

The ruling is a defeat for the minority government headed by NRW premier Hannelore Kraft of the SPD, and could push Germany’s most populous state to an early election.

Some Christian Democrats have already mentioned July 17 as a date for a possible vote. On Tuesday, NRW CDU chief Norbert Röttgen, who is also federal environment minister, said Kraft now needed to present a budget that passed constitutional muster.

“If she can’t do that, new elections are unavoidable,” he said.

Kraft said her government would respect the court’s ruling and was waiting on the written decision of the court, which she and her colleagues would study “calmly and intensively.”

Kraft’s SPD-Green coalition took power in 2010 in the western economic powerhouse after the CDU suffered a heavy defeat at the polls. But that was followed by nine weeks of political wrangling in which innumerable coalitions were floated and then abandoned.

The opposition has blasted Kraft’s minority government as weak, but her “red-green” alliance has proven more stable that many observers had expected.