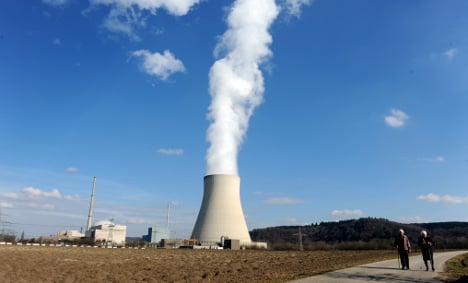 “We are launching a safety review of all nuclear reactors … with all reactors in operation since the end of 1980 set to be idled for the period of the (three-month) moratorium,” Chancellor Angela Merkel said.

This covers seven nuclear reactors: Biblis A and B, Neckarwestheim, Brunsbüttel, Isar 1, Unterweser and Philippsburg 1. Germany decided a decade ago to be nuclear-free by 2020, but this target was postponed until the mid-2030s by Merkel’s government last October despite strong public opposition.

Japan’s government has said radiation levels near the Fukushima nuclear plant have reached levels harmful to humans, advising thousands of people to stay indoors after two explosions and a fire at the facility Tuesday.

Four of the six reactors at the plant, 250 kilometres (155 miles) northeast of Tokyo, have now overheated and sparked explosions since Friday’s massive earthquake and tsunami knocked out cooling systems.

“After this moratorium, which will run until June 15… we will know how to proceed,” Merkel said following crisis talks in Berlin with premiers of German states where there are nuclear plants.

She said Berlin would also use the period to discuss what to do with radioactive waste – no permanent storage site exists – boosting renewable energies, and international safety standards for nuclear power.

Germany’s older plants include one in Bavaria, two near Frankfurt and two in the southwestern state of Baden-Württemberg – where a key state election takes place on March 27, with nuclear power set to be a major issue.

Sigmar Gabriel, head of the centre-left opposition Social Democrats (SPD), called for all seven reactors to be shut down permanently.

After the moratorium, Merkel “is just going to come back and say that everything is okay and that German nuclear plants are safe,” Gabriel said, accusing Merkel of “election trickery.” The SPD, along with the Greens, initiated Germany’s phaseout of atomic energy in 2000.

“The era of nuclear energy is finished,” he said.

A survey by public broadcaster ARD published on Tuesday had 53 percent of respondents saying all reactors – which produce a quarter of Germany’s power – should be taken out of service as soon as possible.

Seventy percent thought that an accident similar to that in Japan could happen in Germany, and 80 percent want Merkel to reverse the government’s extension of operating times, the poll of 909 voters showed.

On Monday large numbers of people worried about nuclear safety – more than 100,000 according to organisers – took to the streets nationwide. On Saturday people formed a 45-kilometre human chain between a nuclear plant and Baden-Württemberg’s state capital Stuttgart.

Merkel says that the extension is necessary because green technologies like solar and wind power are not yet ready to fill the gap left by abandoning atomic energy.

But opponents accuse her of being motivated more by extra profits for energy firms – whose shares fell sharply on Tuesday for the second straight day – rather than concern for the environment.