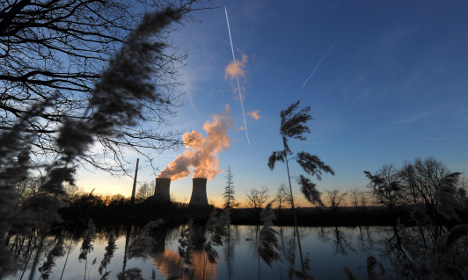 Expecting powerful earthquakes should be part of safety planning and construction plans for the country’s nuclear power facilities, but this is not the case, geoscientist Eckhard Grimmel told daily Augsburger Allgemeine.

“German nuclear power plants would probably not withstand the historic quakes in central Europe, such as the Basel earthquake of 1356,” the expert from the University of Hamburg’s institute for geography said.

Along the Rhineland region fault line, which runs between Basel and Frankfurt, earthquakes measuring stronger than six on the Richter scale have regularly been measured in the past, said Gottfried Grünthal, earthquake expert GFZ German Research Centre for Geosciences.

“Such quakes could always happen again,” he told the paper.

Meanwhile Grimmel criticized the German government for continuing to ignore the risks.

“It’s frivolous, which I’ve repeatedly decried and told the regulatory authorities,” he said.

In 1988, Grimmel served among the accident assessors who had the Mülheim-Kärlich nuclear power plant’s licence revoked for insufficient earthquake protection – a decision upheld by Germany’s courts.

Still, a reassessment would now be conducted, he said.

“In Japan everyone assumed that there would never be a 9.0-strong earthquake,” he told the paper. “But nature didn’t hold to that.”

Chancellor Angela Merkel on Monday imposed a three-month moratorium on a planned extension of Germany’s nuclear power plants. Several of the country’s older reactors could be shut down as a result.