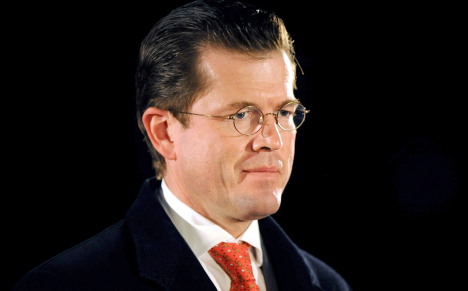 German magazine Focus obtained a copy of Guttenberg’s letter, wherein he reportedly admits to having included “verbatim” portions of the text in his thesis written by Bundestag research staff, “without citing (that) authorship in an academically honest way.”

Guttenberg said he “sincerely apologises” for the mistake, but did not provide an explanation.

Focus said the letters were personally addressed and handwritten.

Guttenberg was officially stripped of his doctor title by his alma mater, the University of Bayreuth, in February.

The former defense minister had admitted to making grave mistakes in his dissertation, saying he was under enormous pressure as a father and member of parliament during the years he was working on it. Yet he maintained that he did not deliberately copy anything.

Last month, German magazine Der Spiegel reported that Guttenberg included a 10-page political analysis in his dissertation, which he allegedly commissioned a parliamentary researcher to write.

According to the article, Guttenberg instructed an employee of the Bundestag’s research arm to write the essay in 2004, when he was still a member of parliament. MPs are only allowed to use the work of parliamentary researchers for work related to their mandate.

Ulrich Tammler, who allegedly wrote the paper for Guttenberg, was not named anywhere in the dissertation, nor listed as a source.