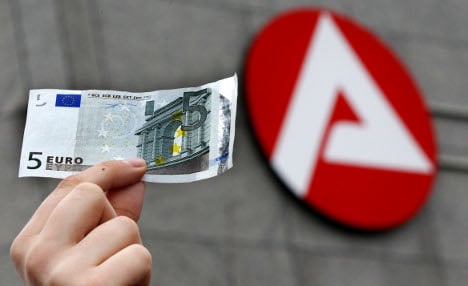 The 37-year-old victim, named by the paper as Sandro B., had just picked up his Hartz-IV benefit payment when he met a supposed friend, 28, who claimed he owed him money.

When the other man threatened Sandro, he saw only one way to protect the wad of cash – comprised of a €100 note, two twenties, two tens, and one five – that he had just received.

“He threatened me so I swallowed the money,” Sandro told Bild. “It was pretty dry.”

With the money down Sandro’s hatch, the man became angry and broke one of his ribs, sending him to the hospital.

There, to his luck, doctors eventually “recovered” the money from his body. After it was cleaned and returned it to Sandro, who likely received doctor’s orders to stick to a high-fibre diet in the future.