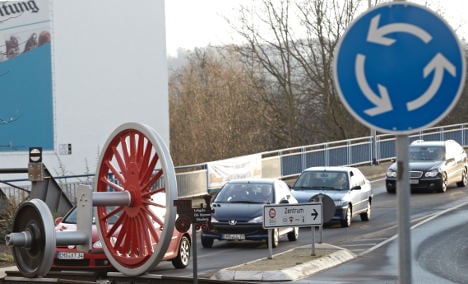 Cities such as Cologne and Munich are at the head of a growing movement to eliminate superfluous traffic stops across Germany.

Traffic analysts have taken note of the increasing emergence of alternative forms of traffic control, such as traffic circles, zebra stripes and the tried-and-true “right before left” rule, in place of the traditional traffic light model.

Germany has depended on traffic lights for too long, said Duisburg professor and traffic researcher Michael Schreckenberg, who contends that the tricolor system is too expensive, inconvenient and potentially dangerous to keep around.

“Between 30 and 50 percent of the traffic lights could be replaced,” he said.

Schreckenberg added that in many cases the placement of traffic lights is not properly considered, and that many lights function in isolation so the “green wave” is often more myth than reality.

This point of view is gaining traction in the leadership of many communities.

Cologne, for example, has replaced 200 traffic lights with roundabouts and zebra stripes in the past several years, a move which could save the city almost €4 million in energy and maintenance costs, according to the city’s own estimates. A further 90 traffic light eliminations are still expected.

In several large Ruhr region cities, among them Duisburg and Gelsenkirchen, voices similar to Schreckenberg’s are cropping up. Munich, meanwhile, has terminated 10 unnecessary lights since the start of 2010.

Other communities have ascribed to the “shared-space” model, a radical process by which all traffic lights and signs are eliminated from certain areas. The German Association of Traffic Participants (VCD), an organization with environmental leanings, has recommended such projects for an additional 50 communities.

For decades, Germany has strictly adhered to the traffic light system.

Since the first operational traffic light appeared in Germany in 1924, city planners “have apparently come up with nothing better,” said Schreckenberg.

Today, an estimated 100,000 intersections in Germany are controlled by traffic lights. But the trend toward roundabouts is undeniable.

“People are beginning to realize it’s a great way to save money,” Schreckenberg said.

Among groups in favour of a large-scale switch, the German Cyclists’ Federation (ADFC) has a prominent voice.

Hörmann added that traffic lights provide a false illusion of safety, pointing to the dangers of impatient drivers and children who cross the street despite there being a red light.

Consultant Jürgen Berlitz of the ADAC German automobile club, argued that roundabouts are not only safer, but more efficient than traffic lights.

Researchers contend that the use of roundabouts reduces the number of accidents caused by drunk drivers. A majority of drivers appear to prefer roundabouts, too.

Schreckenberg, in spite of his advocacy, admitted he does not view roundabouts as a panacea.

“Roundabouts are not a viable alternative for every intersection,” he said, citing space issues as a key factor for many communities.

Nevertheless, German drivers can expect visible changes in their traffic control systems in the coming months and years.