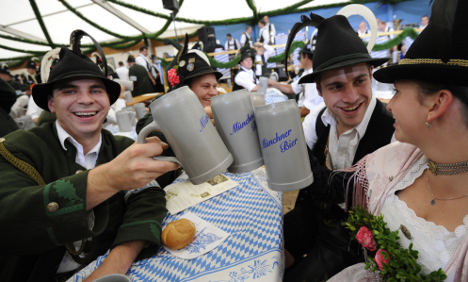 Of the nearly 29,000 people surveyed from 27 countries for the BBC World Service poll, 62 percent said that Germany’s influence on the world was positive.

The country has been seen as having the most positive influence among the nations evaluated since tracking began in Germany in 2008.

“In terms of lifestyle and its high-quality products, Germany has a successful image and doesn’t have the baggage that countries like the US and China have, which can be seen as culturally controversial,” a spokesman for GlobeScan, the company which carried out the survey, told Britain’s Telegraph newspaper.

Coming in second was the United Kingdom, which was seen by 58 percent of respondents positively. Canada was the third most popular, followed by Japan, France and Brazil. The United States came in seventh, ahead of China, South Africa and India.

At the bottom on the ranking was Iran, which had a negative ranking of 59 percent. Enjoying just slightly more love, or at least less antipathy, were North Korea, at 55 percent, and Pakistan, whose negative perception jumped five points from last year to 56 percent.