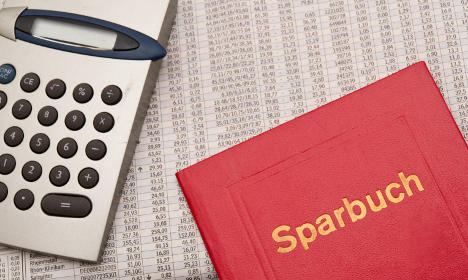 The father started the Sparbuch account at Dresdner Bank in Solingen with some 106,000 Deutsche marks in 1959, just after his son was born, daily Süddeutsche Zeitung said.

At the time, when a Volkswagen Beetle cost around DM3,800, this was a substantial sum, the paper reported.

The father died young, and his son knew nothing of the account until his mother died in 2007, after which he found the account booklet in a one of her drawers.

The son took the information to lawyer Werner Otto at the Haas & Haas firm in Gießen, where its authenticity was confirmed.

But when the man asked the bank to tell him how much money had accrued in the account, they reacted first with wonder, then rejected the request, disputing the saving account’s authenticity, the paper said.

His lawyer found a former Federal Criminal Police (BKA) specialist to rule out forgery, which another court agreed with, ruling that the bank must pay out the man’s money including interest.

But the bank, which had in the meantime been taken over by Commerzbank, appealed, landing the case in the Frankfurt upper regional court, which ruled in favour of the complainant once again on February 16, the paper reported.

Lawyer Otto called the banks’ behaviour “pretty scandalous,” accusing them of using delaying tactics in hopes the son would give up.

Though it remains to be determined, Otto said he estimated his client would receive between €280,000 and €320,000 – some six times the original amount.

“There one sees the benefits of interest,” he told the paper. “But not everyone wants to wait that long.”