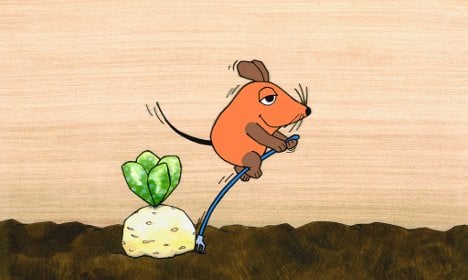 The orange-coloured mouse with no name debuted on March 7, 1971 on western German regional public broadcaster WDR, and has been delighting tiny viewers since with his educational explanations of day-to day questions.

Topics introduced by the “silent moderator” who never speaks have included how some cheeses get holes, and whether pigs can swim. The show also addresses difficult topics such as elections, the country’s post-war period, and atomic energy.

“One of the secrets to the success is that we take children seriously and always adhere to the approach that there are no dumb questions,” said 71-year-old co-creator Armin Maiwald last week.

The 30-minute show, which also features a tiny blue elephant, a yellow duck and a cuddly seaman Captain Blue Bear, now airs every Sunday at 11:30 am on national public broadcaster ARD and children’s channel Ki.Ka.

Having gained cult status, the show garners some 1.6 million viewers each weekend – many of whom grew up watching the show in the 1970s and now watch with their own children.

“There are hardly any other animal TV characters with the same charisma as the mouse,” WDR’s head of children and family programming Brigitta Mühlenbeck said.

Now 80-year-old illustrator Isolde Schmitt-Menzel invented the wee mouse character, and describes him as having many of her characteristics.

“My thoughts, my feelings, my imagination, my boldness, my humour,” she said in a recent interview.

A special one-hour 40th anniversary episode is scheduled for March 13.