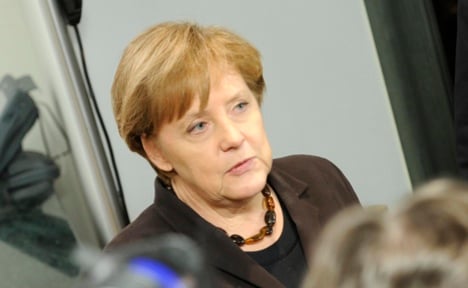 The Sunday poll published by Bild am Sonntag newspaper shows Merkel’s Christian Democrats (CDU), along with their CSU Bavarian sister party that Guttenberg belongs to, on only 33 percent, dropping two percentage points since last week.

The conservatives’ position was dented by the Guttenberg affair, with 74 percent of those asked saying Merkel’s party is in a worse situation than before Guttenberg’s resignation. A majority of Germans, 61 percent, also believe Guttenberg’s fall will hurt the CDU in upcoming state elections.

The opposition centre-left Social Democratic Party seems to have gained slightly, reaching 29 percent in the poll – one percent more than last week – while Merkel’s junior coalition partners the Free Democrats is also gained a point to seven percent.