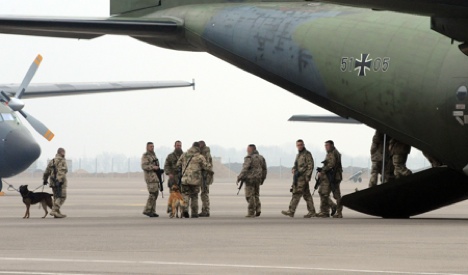 Six transport planes landed at a military airport in the Hannover region on Saturday afternoon, where the soldiers were greeted by their commander Lieutenant General Rainer Glatz, who thanked them for the successful operation.

“I expressed my respect and my recognition that they volunteered so quickly for this mission, which was not without danger,” he said after the landing.

The soldiers removed some 262 people out of Libya last week, including 125 Germans, including the German ambassador. Glatz said “Operation Pegasus” took place in close cooperation with the Foreign Ministry, and that it had run smoothly.

The flight into Libyan airspace had been declared in advance, but despite receiving permission, Glatz said, “the conditions of a collapsing state” did make the mission risky.