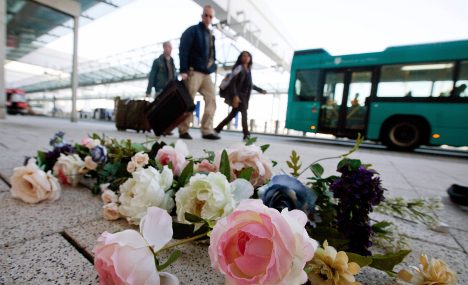 A lone gunman shot the airmen dead and seriously wounded two others on Wednesday as their military bus waited to take them from Frankfurt Airport to the nearby airbase of Ramstein, police said.

The military had waited to reveal their identities until their closest relatives were notified.

German authorities said they suspected the 21-year-old man arrested over the fatal shooting, Arid Uka, was in fact a fanatic extremist, but played down fears he was part of a cell.

In what appears to have been the first Islamist “terror” attack on German soil, he also injured two other US airmen. One of them was reportedly shot in the head and was fighting for his life on Thursday in a Frankfurt hospital. The other was also in intensive care.

The US military has around 50,000 personnel in Germany at a number of major bases, including Ramstein where the bus was headed, that serve as hubs for operations in Afghanistan and Iraq.