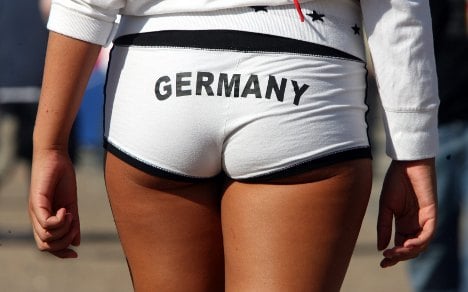 Spring has officially sprung, on the calendar at least, and people in Germany’s gritty Ruhr region appear to be wholeheartedly engaging in an activity causing temperatures to rise – sex.

On Tuesday night, an explosion of randiness kept police in Bochum busy answering calls by people scared of, angered by or perhaps just jealous of all the wantonness.

In the scared of category, police answered a call from a driver on the A40 motorway who reported a truck driving erratically, weaving back and forth on the road. Several police cars were dispatched to the scene to apprehend what officers assumed to be a trucker endangering lives by driving drunk.

The Bochum police also received a call from an irate man who had paid a visit to the city’s red-light district. He told officers he had been robbed in a bordello. Apparently, he was unhappy with the services rendered and felt the evening’s cost-benefit ratio had been criminally skewed. Police prepared a complaint report, although the investigation is ongoing.

Also on Tuesday night, police were dispatched to an apartment building in Bochum’s Langendreer district where residents complained about neighbours whose enthusiastic and high-volume lovemaking over a period of several hours was disturbing the peace.

In what the Bochum police described as a “delicate operation that doesn’t happen every day,” the couple was told to keep it down.