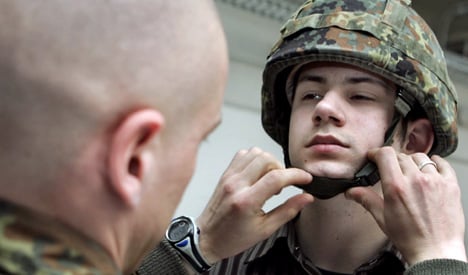 According to statistics from the Defence Ministry, which the daily Financial Times Deutschland reported on Tuesday, the number of interested volunteers is well below the numbers needed by the armed forces, the Bundeswehr, after Germany abolishes the draft.

According to military documents from early February, the number of volunteers interested in enlisting in April is currently just 10 percent of the target, the newspaper reported.

The statistics have raised fears in the Bundeswehr that the end of conscription could endanger the readiness of German forces.

The Bundeswehr hopes to enlist up to 15,000 volunteers a year in a new all-professional military. They would serve between 12 and 23 months. The plan is to reduce the armed forces from its current size of 240,000 soldiers to around 170,000.

But the resignation of Defence Minister Karl-Theodor zu Guttenberg of Tuesday could cloud what would be the biggest reform effort in the Bundeswehr’s history.

A spokesman for the Defence Ministry admitted to the Financial Times Deutschland that it was “not yet satisfied” with the interest level, but warned against jumping to conclusions. The ministry plans to start an enlistment campaign this month to get the numbers up.