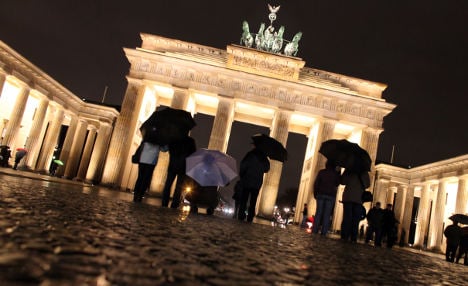 The German National Tourist Board (DZT) said Germany was now second only to Spain as the top holiday destination for Europeans, edging out France, Italy and Austria.

“In 2010 we broke through the historic mark of 60 million foreign overnight visitors,” said DZT chairwoman Petra Hedorfer in a statement.

Proving that bratwurst can be more appetizing than baguette, the German hospitality industry booked a 10 percent jump in overnight stays by foreign tourists in 2010 compared to the year before.

Visitors from Switzerland accounted for a most overnight stays, jumping 8.6 percent to 4.2 million last year.

Germany’s neighbours in the Netherlands replaced tourists from Britain as the second largest group, but visits from Poland also surged 15.7 percent.

The numbers of visitors from further afield also increased, with visitors from the United States flocking to the famous passion play of Oberammergau – performed to celebrate the crucifixion of Jesus once each decade. This helped American visits rise 11.1 percent last year.

Tourism from the Persian Gulf states also rose some 26 percent, with a rise in demand for holidays in Germany noticeable during the hot summer months back home.

Among Asian nations, China overtook Japan as the biggest source of tourism to

The DZT is looking for another banner year for tourism in 2011, with major events such as the FIFA Women’s World Cup and the 125th anniversary of the automobile set to attract visitors from all over the world.

Hedorfer estimated that if Germany’s tourism boom continues, the country will welcome more than 80 million overnight visitors annually by 2020.