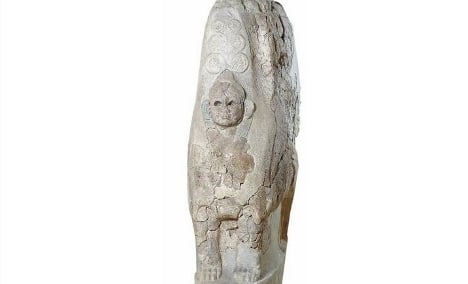 If the museum fails to return the Sphinx of Hattusa by July, the German Archaeological Institute (DAI) will be restricted from research at the ancient Hittite empire capital, Ertugrul Günay told daily Der Tagesspiegel.

“If there is no commitment by the beginning of the digging season then I am determined to annul the dig licence for Hattusa,” he said.

The request is the latest escalation in ongoing negotiations over the sphinx, which was found at the site near the modern city of Boğazkale in central Anatolia.

The DAI has been digging at the Bronze Age city since 1906, and research at the UNESCO World Heritage site is considered to be among the country’s most important archaeological work worldwide.

German researchers brought the sphinx back to their country in 1915 for restoration, but it was never returned to Turkey, the paper said.

German authorities have flatly rejected calls by Turkey to return the stone figure, but Günay told the paper he was not making empty threats.

His ministry recently stripped German archaeologists of the right to dig at another western Anatolian site where they have been since 1926 for not doing enough work there, he said. The dig has been given to a Turkish university instead.

German archaeologists currently work at about a dozen Turkish sites, but both sides must profit from the work, Günay told the paper.

“Turkey has new universities, new archaeological institutes, not to mention engaged and successful archaeologists,” he said. “When we don’t see the cooperation we hope for in this area, then we won’t hesitate to transfer the digs to our own universities.”