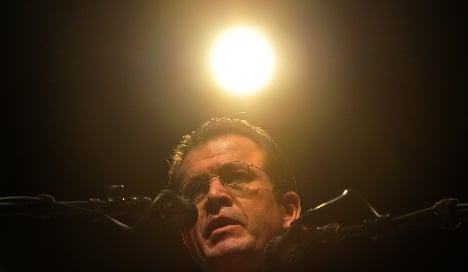 According to Kühbacher, Guttenberg was already introducing himself with the Dr. title in May 2007.

“And that even when Guttenberg first wrote the introduction to his dissertation in 2008, but at the time he already used the Dr. title,” he told the paper.

“All German-language doctoral promotion regulations state that the dissertation must first be made available to the scientific public,” Kühbacher said.

Title misuse carries a sentence of up to one year in jail, the paper reported.

But later on Wednesday Guttenberg’s alma mater the University of Bayreuth rejected the claim. After he passed his oral exams in February 2007, Guttenberg was granted the right to carry the title early because he already had a contract with a publisher to print his dissertation.

Meanwhile Kühbacher also said that Guttenberg should be disciplined for his alleged plagiarism of portions of his dissertation.

“All people are equal before the law,” he said.

This week, Guttenberg asked for his doctorate to be scrapped and admitted to “serious errors,” but only after internet gumshoes on a Wiki page combed through the 475-page document to discover a number of sections had likely been taken from other sources without citation.