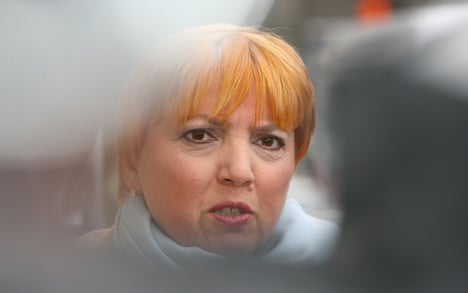 The new poll, carried out by the Forsa polling group and commissioned by Stern magazine and broadcaster RTL, showed that the Greens were continuing their recent downward trajectory.

For the third time in a row, the party lost a percentage point, coming in at 18 percent. It is the lowest approval rating for the Greens since the beginning of last August.

The centre-left Social Democratic Party (SPD) climbed one point to 23 percent, while the conservative Union parties, the Christian Democrats (CDU) and the Christian Social Union (CSU), enjoyed an approval rating of 36 percent. The Free Democrats (FDP) came in at 5 percent.

Last autumn, the Greens saw their popularity soar. Buoyed by public anger over Chancellor Angela Merkel’s nuclear policies, it appeared the Greens were ready to make a big splash in state elections in 2011. At one point, the Greens had as much support at the SPD, with which it formed a federal coalition government from 1998 to 2005.

But in the recent elections in the city-state of Hamburg, the SPD won an absolute majority. Some political commentators have said part of the reason was that voters did not want to see the SPD have to enter into a coalition with the Greens.

The elections in Hamburg were called when a coalition between the CDU and the environmentalist Greens collapsed in disarray.