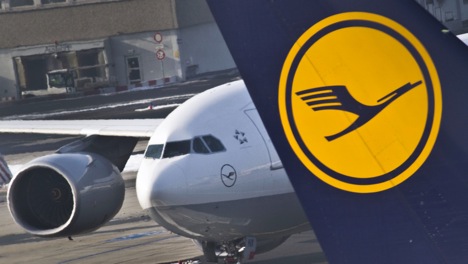 Some 40 minutes after taking off from the Argentine capital, the pilot informed about 200 passengers that a bird had flown into one of the plane’s turbines, potentially causing extensive damage.

The pilot turned the plane around to make an emergency landing back in Buenos Aires.

“The crew behaved admirably, giving passengers a feeling of security the entire time,” one Argentine passenger told television reporters after the landing.

“We ourselves did not hear or notice the flock of birds,” the witness said. “But when we looked out the window we could see fuel being released to reduce the plane’s weight for the landing. It took about an hour. We were all very quiet.”

The 13-hour flight was rescheduled for the following day and passengers spent the night in nearby hotels, the airline said.

“Technical problems” forced another Lufthansa flight originating in Brazil to abort its flight to Munich shortly after takeoff, the airline said.

But Lufthansa denied the plane had return to Sao Paulo after a fire broke out in the plane’s cockpit.

Lufthansa flight 505 made the hasty U-turn late Monday, the airline said in

a statement. None of the 221 passengers on board was hurt.

A spokesman for the airline in Sao Paulo, Diogo Alcantara, denied a report by the Brazilian news website G1 that said a small fire had broken out in the cockpit.

“That’s not the information we have,” he said. He did not elaborate.

Infraero, the Brazilian government airport agency cited as the basis of the G1 report, declined to discuss the details of the incident, referring inquiries to Lufthansa.

Most of the passengers on the flight were put on another Lufthansa plane late Monday flying to Frankfurt, while the rest were put up in hotels and flown to Munich on Tuesday.