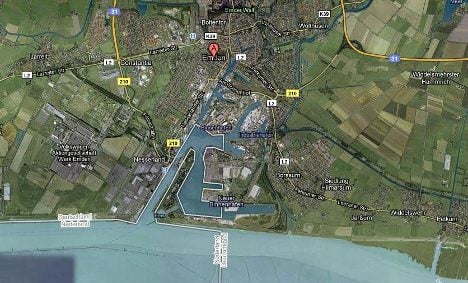 The online mapping program shows that much of the Lower Saxon port city of Emden’s waters belong to the neighbouring Netherlands, daily Süddeutsche Zeitung reported on Monday.

For more than a year, the Emden city council has been trying to get back its harbour, most of which Google Maps places under Dutch sovereignty.

The German officials claim the border between the two countries should run through the Dollart – a bay between the northern Netherlands and Germany on the west side of the Ems River estuary. The exact location of the border running through these waters has been disputed for centuries, but even these differing perceptions grant Emden its harbour.

However, Google’s borders grant the entire Dollart and much of the Emden harbour to the Dutch.

Across the bay in Delfzijl the Dutch responded coyly to the paper’s inquiries, saying that the border is disputed and will likely remain so in the future, a situation that Emden city spokesman Eduard Dinkela told the paper was “exceedingly awkward.”

The Süddeutsche Zeitung said it was likely little solace that Google Maps competitor, Microsoft’s Bing, favours the German perspective on the border, cutting the Dollart in half and granting Emden its harbour.

Google has not responded to Emden’s pleas for adjusting the border online.

“We haven’t had a single reaction,” Dinkela said. “Google is one of the largest communications platforms online, but if one has a concern, they get no answer.”

In his best “diplomatic German,” Google spokesman Stefan Keuchel told Süddeutsche Zeitung that the company tries to create the most accurate maps possible by consulting a wide variety of sources.

The company created a similar kerfuffle some 10,000 miles away between Costa Rica and Nicaragua in October 2010, when Nicaraguan troops occupied the Isla Calero because Google Maps showed it was within its borders.

Costa Rica accused Nicaragua of invading its territory, but the neighbouring country has claimed that the Google Maps border gives them the right to remain.

The Hague is set to hand down a decision on the Central American dispute this March.

But such an escalation is unlikely between the Dutch and the Germans thanks to a 1960 agreement to handle the ongoing difference of opinion over the border “in the spirit of good neighbours,” the paper said.