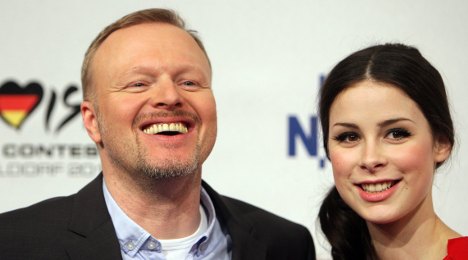 The 19-year-old Meyer-Landrut won last year after being discovered and championed by television personality and producer Stefan Raab, who presented three TV shows in which Meyer-Landrut sang 20 songs. The audience was able to vote on their favourite.

While Raab wrote two of the songs she sang, the winning composition was not one of his – meaning the ubiquitous host will be able to present the song competition in May when it is held in Düsseldorf.

The format of the Unser Song für Deutschland show came in for a good deal of criticism, namely because instead of presenting a competition between Meyer-Landrut and other Eurovision hopefuls, Lena sang all the songs herself.

Raab’s heavy involvement in the selection process has also come under scrutiny in the media. He is a product of commercial television, while the Eurovision Song Contest is organised by public broadcaster ARD.

Despite the criticism, 3.25 million people watched the two-hour Friday night final – just over 10 percent of the market. Those viewers who voted overwhelmingly chose ‘Taken by a Stranger’, which got 79 percent of the poll.