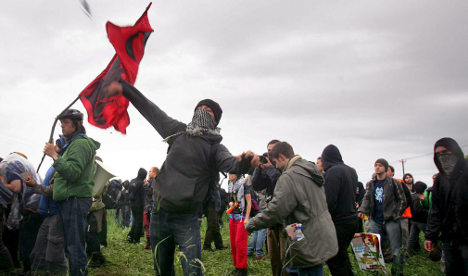 Der Spiegel reported on Saturday that MPs sitting in a confidential meeting of a parliamentary interior affairs committee were told at the end of last month that undercover German police officers were routinely sent abroad to infiltrate suspect groups.

The hearing was prompted by the revelation that British undercover police officer Mark Kennedy had been working in Germany, as well as in other countries, infiltrating environmental and leftist protest groups.

The story caused a scandal as it emerged that he had been undercover for years, posing as an activist called Mark Stone, becoming heavily involved in protests and even pursuing several sexual relationships.

Jörg Zierke, head of Germany’s federal criminal police, told the committee that five undercover German police officers had been sent to the protests at the 2005 G8 meeting in Gleneagles, Scotland.

There they had been under the command of the British National Public Order Intelligence Unit, said Zierke.

Different forces helped each other “accompanying the scene in the relevant countries,” Zierke was quoted as saying in meeting notes which were marked “for official use only.”

Those being watched would include what he called “Euro anarchists, militant left-extremists and terrorists.”