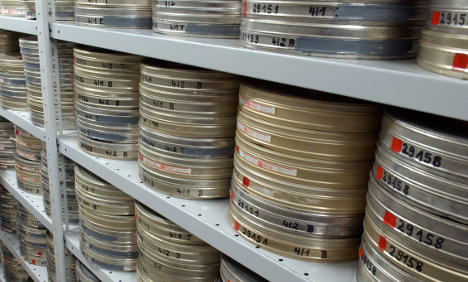 The films were shot on 35 mm, according to Mora, with apparently a prism in front of two lenses to provide a stereoscopic effect.

“They were made by an independent studio for Goebbels’ propaganda ministry and referred to as ‘Raum film’ – or space film – which may be why no one ever realised since that they were 3D,” he said.

One of the films, called “So Real You Can Touch It” features a close-up of sizzling bratwursts on a grill. The other, “Six Girls Roll Into Weekend,” features young women embarking on a country jaunt.

“The quality of the films is fantastic,” said Mora, who plans on incorporating material from the 3D films into a new documentary he is working on called “How the Third Reich Was Recorded.”

“The Nazis were obsessed with recording everything and every single image was controlled – it was all part of how they gained control of the country and its people,” he told Variety.

But some German newspapers aren’t quite as breathless about Mora’s find, calling it old news.

The Nazis actually played a negligible role in the “Nazi” 3D movies, wrote Die Welt daily, although the German 3D pioneer Fritz Boehner, who produced “So Real You Can Touch It,” did had close links to the Nazi Party.

The first 3D film experiments in Germany did not begin at a Nazi party congress, but at the Dresden Garden Show of 1937, the paper wrote.

Later that year, “So Real You Can Touch It” premiered, although the already-mentioned sausages were not meant as taste-tempting Nazi propaganda, but rather as an advertisement for a life insurance company.