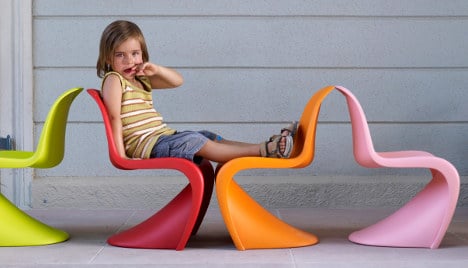 Only 46 percent of childless women and men view children as an essential part of life, the survey for Eltern magazine found.

“Having children is no longer a matter of course in Germany,” said Eltern editor Marie-Luise Lewicki.

Attempting to uncover the reasons behind Germany’s anaemic birth rate of 1.38 children per mother, the magazine interviewed 1,012 childless women and men between the ages of 25 and 45.

Many Germans said the lack of family-friendly measures in the workplace discouraged them from having children, while a dearth of child care makes life with children more stressful than it already is.

“The desire to live without children has risen since the early 1990s,” said sociologist Kerstin Ruckdeschel of Wiesbaden’s Institute for Population Research.

Starting a family remains an attractive option, with two out of three people – 70 percent of men, 61 percent of women – saying they “definitely” or “possibly” want children.

Still, this desire for children hasn’t meant more births – for reasons based largely on Germans’ professional and financial concerns.

The survey showed that 86 percent of people between the ages of 25 and 29 wanted a family eventually, but 79 percent of them want to first establish a solid financial base.

Many childless women and men said financial stability (63 percent) took precedence over having children, while 77 percent viewed their professional and family lives as incompatible.

Another 61 percent saw the failure of the German child-care system as reason enough to decide against having kids.

An unfulfilled love life played a factor for 44 percent of those surveyed, who said they had yet to find the right partner to have children with – although more men (50 percent) cite this as a reason than women (33 percent).

Women often exalted the idea of the “Latte-Macchiato Mother” who “achieves everything and also manages to smile,” said Lewicki, who called on young people to see children not as a “project” or “lifestyle option” but rather as a normal feature of life.

But the difficulty of balancing professional and family life was the deciding factor for most would-be parents.

Meanwhile, 74 percent were unwilling to modify their lifestyle for the sake of having children, while 47 percent believed the future is too uncertain to have children now.

Those surveyed in eastern Germany (72 percent) were more likely to want children than their peers in the west (66 percent), a fact Ruckdeschel attributed to the surplus of men living in eastern parts of the country.

Tuesday at a press conference in Berlin, Lewicki said it was incumbent on all of German society to help boost the country’s birth rate.

“We can all do our part to see that the desire for a baby actually results in a baby,” she said. “Society should demonstrate to young parents that their children are needed to enrich an ageing population.”