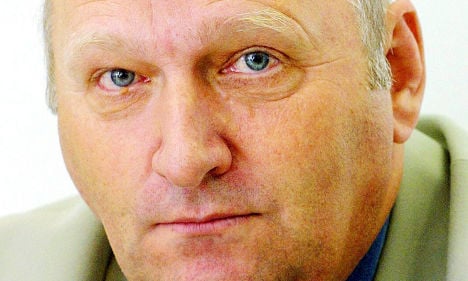 An investigation into Bernd Fleischer’s past by public broadcaster RBB had raised “major doubts” about his past, Brandenburg state Interior Minister Dietmar Woidke said.

A police spokesman should not represent the force publicly under such a shadow, he added.

RBB’s show Klartext broadcast details of its investigation on Fleischer on Wednesday evening, alleging that he had been an unofficial informant, or IM, for the Stasi beginning in 1979 until the Berlin Wall fell in 1989. The show’s reporter cited several reports allegedly written by Fleischer.

The state Interior Ministry urged the police officer to respond to the accusation, but he did not immediately answer media inquiries.

An investigation into the matter has been undertaken, and Woidke did not rule out “further consequences” depending on conclusions.

Meanwhile another man outed by Klartext for Stasi connections, the head of the police helicopter squadron, is unlikely to disciplinary measures, the ministry said.

Around the time of reunification in 1990, he gave a believable and extensive account of his past, though his statements will be reviewed in light of the new information, they said.