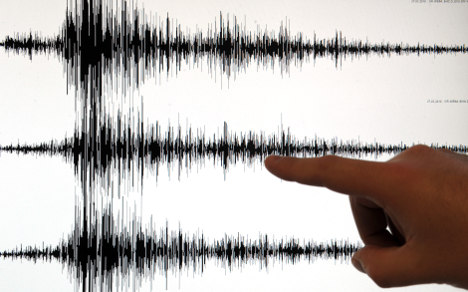 “For Germany that’s really quite hefty, but seen globally a quake of this strength is nothing special,” said a spokesman for the Geological Research Centre in Potsdam.

The epicenter of the quake, which struck at 1:43 pm and lasted several seconds, was located near the town of Nassau an der Lahn, some 28 km east of Koblenz. Some stations were reporting the earthquake at 4.8 on the Richter scale.

No damage has been reported although the trembler did set off several alarms and gave people far into the neighbouring state of Hesse as good shaking.

“The entire house was rocking,” Alexandra Lederer in Bad Camberg told public broadcaster Hessischer Rundfunk. “There was a loud rumbling and thunder along with the quake.”

An aftershock measuring 2.8 was felt some seven minutes later.

On December 23, two earthquakes hit the region around the cities of Mainz and Wiesbaden, jolting residents awake.

The area lies along a seismically active zone associated with the Rhine Rift Valley, which stretches from Basel in Switzerland to the Benelux countries.

Serious earthquakes are rare in Germany, though blasting in coal mining areas of Saarland is known to trigger tremors. A quake measuring 4.0 on the Richter scale in Saarwellingen in 2008 reportedly knocked over chimneys and caused power outages, sparking protests against coal mining.