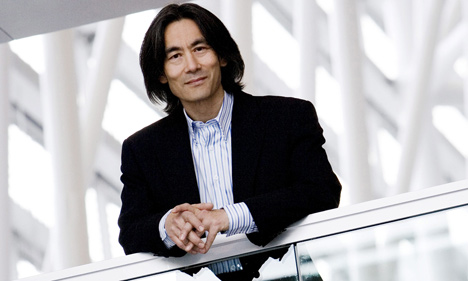 The winning recording was made under the direction of Kent Nagano Photo:DPA

The groups’ recording of Finnish composer Kaija Saariaho’s “L’Amour de Loin” earned them a gilded gramophone statuette at the 53rd annual Grammy Awards in Los Angeles on Sunday night. They beat out a group of competitors which included the Royal Opera House Orchestra in London and the BBC National Orchestra of Wales.

The award-winning recording was made under the direction of American Kent Nagano, the former music director of the Los Angeles Opera.

Other German hopefuls did not fare as well. The Freiburger Barockorchester and the RIAS Kammerchor lost out in the category Best Choral Performance to the Chicago Symphony Orchestra and its choir.

Up-and-coming violin virtuoso Julia Fischer will also not be clearing space on her mantelpiece for a statuette this year. She had been nominated in the category of Best Instrumental Soloist Performance for her interpretation of Paganini’s 24 Caprices but the Grammy went to organist Paul Jacobs for a recording of Olivier Messiaen’s “Livre du Saint-Sacrement.”