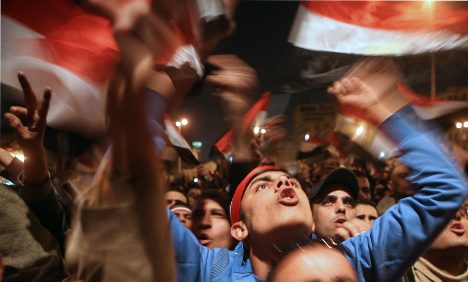 In a televised national address on Thursday night, Mubarak once again refused to step down despite more than two weeks of mass protests, telling the people that instead he had transferred some powers to his vice president.

“This speech from President Mubarak showed no new prospects,” Westerwelle said during a UN Security Council visit in New York. “It was not the hoped for step forward.”

In fact, the speech left worries over the situation “bigger, not smaller,” he said.

During a Friday morning interview with broadcaster ZDF, Westerwelle also urged the Egyptian government to avoid violence against demonstrators.

This means that protestors “should not be beaten or have to fear violence, and that the security officials also protect them,” the foreign minister said.

During his speech Mubarak said he would stay on as president to oversee constitutional reforms and a free election.

Egyptians had gathered with their families in Cairo’s Tahrir Square, the centre of the historic protest movement, to watch the broadcast. But as it became clear that Mubarak would not leave office after 30 years of autocratic rule, the crowd reportedly became enraged.

Massive protests are expected for Friday.

In another interview with daily Bild on Friday, Westerwelle urged accelerated talks between the Egyptian government and opposition parties.

“The political change can suffer no delays,” he said.