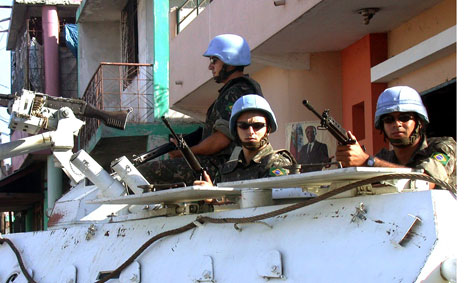 The UN leader said that Germany, as a non-permanent member of the UN Security Council for the next two years, has taken on more responsibility for international security and the promotion of human rights.

“We are hoping for stronger German support,” he told the German news agency DPA.

Ban said the UN was thankful for the more than 200 soldiers that Germany has provided for missions such as those in Lebanon or Sudan.

Overall there are than 120,000 UN peacekeepers involved in 15 missions around the world. The general-secretary said the need for more soldiers is increasing constantly.