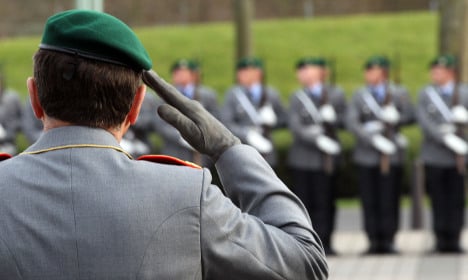 “The Berlin-Bonn Act will not be infringed upon,” Guttenberg told a gathering at the ministry in Bonn, referring to the 1991 law that regulated which ministries and agencies would move to the new capital following reunification.

A government source said that Guttenberg’s plans to streamline his ministry and the Germany military did include cutting staff from 3,000 to some 1,800, though. The ministry would offer employees the opportunity to retire from the military or phase out certain positions after employees retire.

Rumours that Guttenberg could decide to move his entire ministry from Bonn to Berlin as part of cost-cutting measures had sparked controversy among politicians on Monday.

“We are in favour of the ministry being significantly reduced,” chief whip for the pro-business Free Democrats Jörg van Essen told daily Kölner Stadt-Anzeiger.

“But for us it is important that the Bonn region does not suffer any harm.”

While most of Germany’s government offices moved from Bonn to Berlin in 1999, the bulk of the Defence Ministry stayed behind, along with six other agencies.

According to van Essen, the tactic taken by the Justice Ministry some years ago could also work well for the Defence Ministry. They moved the rest of the ministry from the former government capital to Berlin, but opened up the Federal Office of Justice there to fill the gap, he told the paper.

“It eases the leadership of the ministry and avoids double structures that we have right now,” he added.

But conservative Christian Democrat deputy floor leader for the North Rhine-Westphalia parliament Armin Laschet warned against such a move, saying his party would work to prevent the “slide from Bonn to Berlin.”

Leader of the region’s Bundeswehr association Thomas Sohst said he was not aware of a coherent plan for the transition.

Soldiers are concerned that their influence on the ministry will shrink if they are several states away, he said.

Last September a paper from the Federal Labour Agency (BA) suggested that Guttenberg move his ministry from Bonn to Berlin.

“Critics repeatedly complain of inefficient decision-making structure and the expensive commute between the cities,” the paper said, adding that previous attempts to centralise the ministries in Berlin have failed due to the “strong Bonn lobby.”