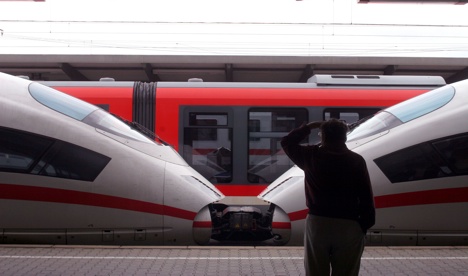 GDL deputy chairman Norbert Quitter told Saturday’s edition of Bild, “We don’t want a conflict like in 2007/08, but we’re not going to let Deutsche Bahn make fools of us.”

Train drivers need protection, he said. “If the Bahn doesn’t make us a reasonable offer, we will defend ourselves – and we can do that for a long time,” he added. “The Bahn should not try to play the same game as in 2007/08.”

The last wage conflict between Deutsche Bahn and GDL lasted several months and led to strikes and disruption throughout Germany.

Rail passenger protection group Pro Bahn commented that a new strike could severely affect rail passengers. Spokesman Hartmut Buyken said, “We’re worried that there could be even worse chaos than in 2007/08. A new industrial dispute could turn many passengers away for good.”

The GDL is demanding that Germany’s 26,000 train drivers receive a unified pay level, as well as a five percent rise and better protection against redundancy.

The GDL is already planning warning strikes, though it is not yet been decided where or when. Deutsche Bahn described the warnings as “completely exaggerated and inappropriate,” and called for more negotiations.

DB’s personnel director Ulrich Weber said there had been good progress in the ten meetings that had so far taken place. GDL said these negotiations had failed.