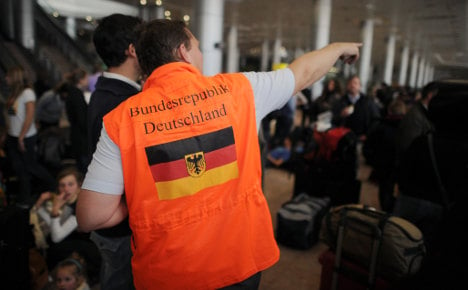 Many Germans living in or visiting Egypt have complained that their need were not taken seriously by embassy officials, daily Süddeutsche Zeitung reported.

“It was almost impossible to reach the embassy by phone,” wrote one German citizen, echoing another assertion that “the so-called crisis number was, until recently, not to be found on the internet and was only available by word of mouth.”

Reacting to the barrage of criticism, the Foreign Ministry defended the embassy’s handling of the situation.

“Since the crisis began, the embassy and the crisis management team have been working around the clock to support German citizens and assist those who want to leave the country,” the ministry said in a statement Friday in Berlin.

Ministry workers have expressed resentment for the overwhelmingly negative coverage the agency has received, saying they are “very frustrated,” the statement added.

Among the most common complaints is that embassies of other countries, including Spain and Austria, reacted more quickly in providing citizens with information on departing flights and the threat of looting, the Süddeutsche Zeitung reported.

Other Germans grumbled about their embassy’s perceived failure to act.

“The main problem is that the embassy reacts too slowly, and it underestimated the problems at the airport,” one woman told news agency DPA.

The embassy has since ramped up relief efforts, stationing ten permanent workers at Cairo’s airport and organising more frequent flights to take Germans out of the country. The embassy has also organised convoys to bring Germans to the airport, the statement said.

The Foreign Ministry heightened its safety warning for Egypt on Thursday, recommending that Germans avoid travel to the country as the chaos continues.