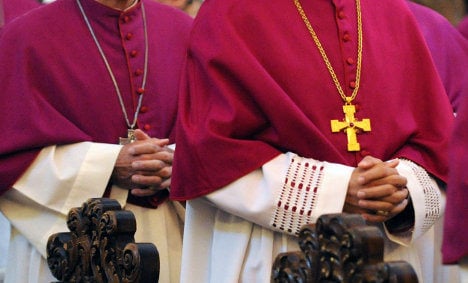 In a letter published in the Süddeutsche Zeitung daily, the group said the Catholic Church in Germany had suffered an “unprecedented crisis” last year and that “2011 must be a year of departure for the Church.”

“The Church needs married priests and women in the ministry,” the group wrote.

They also called for acceptance of same-sex partnerships and divorce, in a radical departure from current Catholic thought.

“The high value that the Church places on marriage and a celibate form of life should not be called into question.

“But this does not demand that we exclude people who live responsibly with love, fidelity and mutual respect in a same-sex partnership or as re-married divorcees,” the group wrote.

The letter marked the strongest internal criticism of the Church in Germany since the Cologne Declaration of 1989 in which more than 200 German-speaking theologians attacked the conservative teachings of then Pope John Paul II, the paper said.

The current pope, Benedict XVI, himself German, also questioned the issue of celibacy when he was Cardinal Ratzinger, the paper recalled.

Ratzinger was part of a group of nine German theologians who in February 1970 wrote a letter to bishops in Germany asking whether the practice was still necessary, the paper wrote, citing archives in Regensburg.

The 83-year-old Benedict is due to visit Germany for his first official visit to his native land on September 22 to 25, 60 years after he was ordained as a priest.

Germany has faced revelations over the past year that hundreds of children were physically and sexually abused in institutions throughout the country, all but a handful run by the Roman Catholic Church.

The Church in Germany has said it failed to properly investigate claims of abuse and that in some cases there was a cover-up, with offending priests simply moved elsewhere instead of being disciplined and reported to the police.