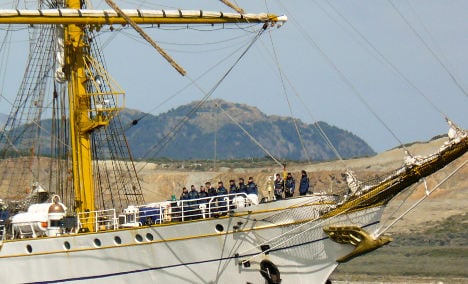 The Gorch Fock left the southern Argentinean port of Ushuaia on Sunday afternoon in accordance with orders to return to northern Germany, a journey which is expected to take around three months, a spokesman said.

The vessel was ordered home after what has been described as a “mutiny,” when cadets reportedly refused orders to climb the rigging following the death of a 25-year-old woman cadet in late November.

Sara Lena Seele plunged to her death from a yardarm of the sailing ship off Salvador de Bahia in Brazil.

Press reports have said cadets were bullied, sexually harassed, threatened and made to clean up the vomit of their drunken superiors, who reportedly spent much of their time on the pride of the German navy sunbathing and partying.

Schatz was ordered to fly home and the ship set sail under the command of a replacement captain.

Meanwhile the father of another woman cadet on the Gorch Fock who fell overboard and drowned in 2008 has called for a new probe into the accident.