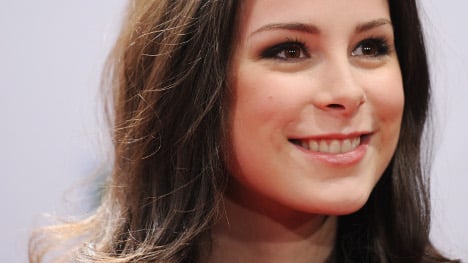 “My goal while defending the title is not to be last – and I hope I’ll somehow manage that,” she told daily Stuttgarter Nachrichten.

After winning the campy competition in Oslo last year, the quirky teen from Hannover became so popular that she was quickly named the country’s candidate for the next Eurovision to be held in Germany.

But despite her plucky nature, she seems to have realized her chances of a repeat victory in the Rhineland city of Düsseldorf in May are slim. Starting Monday, the German public will be able to choose the song she sings at the Eurovision in special TV programme.

“The show is named ‘Our Song for Germany’ and not ‘Our Lena for Germany’ for a good reason,” she told the paper. “The music is what’s important, not me.”

Meyer-Landrut also said although she was toying with going into acting, she did not have a “master plan for the next ten years.”

“I just know at some point I want a farm with dogs and horses – and chickens, so I can always have fresh and healthy eggs,” she said, referring to the recent dioxin food contamination scandal hitting Germany.