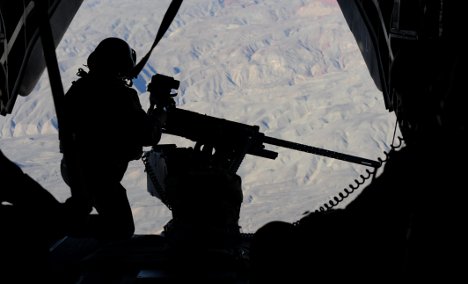 The number of Bundeswehr soldiers will remain unchanged at around 5,000, according to guidelines approved by the German cabinet earlier this month.

“This means that we want to begin this year to hand over responsibility at regional level and then at the end of the year to start to reduce the presence of the Bundeswehr.”

The government has also stated that “handover dividends” in Afghanistan will be “reinvested,” meaning that once troops leave certain areas under Afghan control, they will be relocated to other areas still in need.

The last troops would be scheduled to leave the country completely by 2014.

The plan garnered a broad majority after opposition party the centre-left Social Democrats (SPD) signalled their willingness to vote in its favour in mid-January, but the environmentalist Greens have said they wanted a more precise description of the step-by-step withdrawal.

Ahead of the vote some Green party members said they would abstain, while the socialist Left party opposed the measure.

In an interview with daily Die Zeit on Friday, Green party co-leader Claudia Roth said that if countries like the United States could manage a concrete withdrawal plan, so could Germany.

“That also means being honest about the fact that a military withdrawal does not end responsibility,” she told the paper. “We need a peace plan that contains details of civil reconstruction after the withdrawal. So far the long-term perspective has been missing.”

Making up NATO’s third-largest troop contingent in Afghanistan, the Bundeswehr is based mostly in the relatively peaceful north, but the situation has become more dangerous in recent years. Forty-five German soldiers have died there in the last nine years.