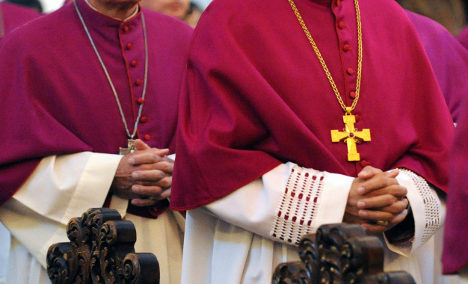 “This sum is not at all sufficient to compensate for the damages suffered or to signal a recognition of guilt,” leader of the Eckiger Tisch victim’s group Thomas Weiner told daily Frankfurter Rundshau.

Weiner also said he found it incomprehensible that victims already known to the Church would have to file an application to receive the payment.

On Monday Klaus Mertes, rector of Canisius College, the elite Jesuit school in Berlin at which the first allegations surfaced, told daily Berliner Zeitungthat the 205 known victims would share about €1 million in damages payments from the Jesuit order, meaning each would receive roughly €5,000.

But Weiner, who attended the Canisius College along with many members of his group, said he remained uncertain of whether the offer was real or simply a declaration of intent.

Eckiger Tisch had demanded damages of some €82,000 per abuse victim.

A spokesman for the order in Munich told news agency AFP that the Jesuits had sent the offer in letters and emails to the around 200 victims who had come forward, in which it was noted that the sum “could never compensate for the suffering incurred.”

The onslaught of sexual and physical abuse revelations within the Catholic Church began in January 2010 when it emerged that priests at Canisius committed dozens of assaults on pupils in the 1970s and 1980s. Since then more than 200 cases of such abuse at Church institutions throughout the country have emerged.

But many of these cases cannot be prosecuted because they have passed the statute of limitations.