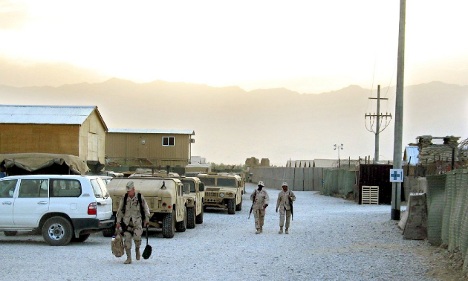 The 23-year-old suspect, identified as Haddid N., is currently being held at Bagram air base prison north of Kabul where he was arrested on January 8.

The young man from Frankfurt is reportedly of Afghan origin, and his family has insisted that he was in Kabul only to visit his father.

Bremen-based lawyer Bernhard Docke, who defended Guantanamo Bay prisoner Murat Kurnaz, told the paper that Germany had a right to see the suspect.

“There must be consular access,” he said. “If the Americans refuse this then it is a statutory violation.”

German authorities must also insist that the young man not be tortured, he added.

In an interview with daily Süddeutsche Zeitung on Wednesday, Haddid N.’s family accused German security forces of responsibility in his arrest by passing on unsubstantiated information about alleged criminal intentions to officials in Afghanistan.

But the Federal Criminal Police (BKA) in Wiesbaden said they had not passed any information to foreign officials that might have led to the man’s arrest.

The Frankfurt state prosecutor launched an investigation against Haddid N. in July 2010 based on suspicions he planned to train at a militant camp in Pakistan, the paper reported.