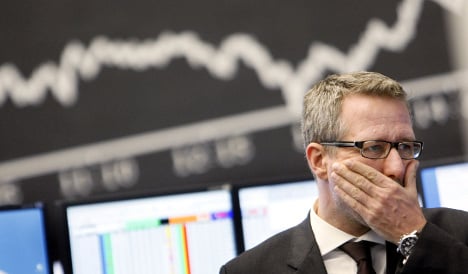 During the last six months of 2010, the number of investors who directly or indirectly invested in shares fell to about 8.2 million – the lowest figure for more than 10 years. The number of share owners or indirect share investors stood at more than 8.6 million in the first half of last year.

Institute head Rüdiger von Rosen branded the drop a “major setback for the acceptance of shares.”

About 3.42 million investors, or 5.3 percent of the population, owned shares directly in the second half of 2010. The institute said this was back almost to the low-point of 3.39 million when Germany was in the depths of the financial crisis.

During the stock market boom of 2001, the number of share owners and fund members was nearly 13 million. Recent polls had fuelled hopes that share ownership would grow as the financial climate improved.

With 12.6 percent of the population owning shares either directly or through investment funds, Germany is low on the international ladder. Some 30 percent of Dutch people own shares, as 27.7 percent of the Japanese, 25.4 percent of Americans and 23 percent of Britons.