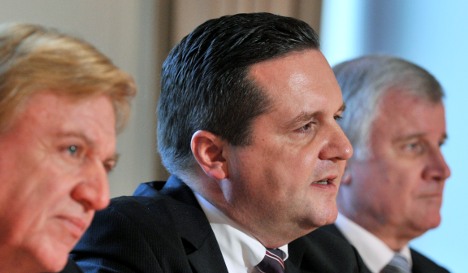 The three powerhouses have prepared a constitutional challenge to federal equalization payments to keep in their pocket as a bargaining chip to negotiate a settlement with the states who receive the transfer money.

Under the Länderfinanzausgleich – or state financial equalization – rules, state revenue from sales tax and parts of income and corporate tax, are used to redistribute money to smooth out differences between the nation’s richer and poorer states. Federal government grants are also used for the same purpose.

But the governments of Bavaria, Baden-Württemberg and Hesse, all net payers, decided at a joint cabinet meeting in Stuttgart on Monday to commission a legal challenge, which they would use to pressure other states towards a compromise.

They want an overhaul of the equalization system, under which the richer and more powerful states help the economically weaker ones. Among other complaints, they argue that the system gives recipient states no incentive to be fiscally disciplined.

At the same time, they made an offer to negotiate with other states who are the beneficiaries of equalization payments. If those talks fail, the three southern states could bring out the constitutional challenge.

So far, the recipient states have shown no willingness to discuss the issue. In 2010, nearly €7 billion were transferred as equalization payments.

The largest payer was Bavaria and the biggest recipient was the city-state of Berlin.

Article 107 of Germany’s constitution demands that “the differing financial strengths of the states are adequately balanced.”

The Constitutional Court has never ruled precisely what “adequately balanced” payments entail. But it has ordered in the past changes to the system, notably in 1999, in response to a challenge from the same three states in 1999.