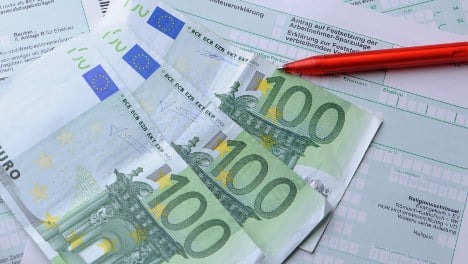 The revelation is a blow to Finance Ministry officials, who had actually hoped capital gains tax revenues would rise. New regulations for capital gains tax were expected to deliver healthy extra revenue to the government. Yet the opposite had turned out to be the case.

In 2009, taxes on interest, dividends and the sale of securities such as shares brought in €12.4 billion. But last year, the figure fell to just €8.7 billion.

Based on forecasts, the Finance Ministry expects that in the coming year, the figure will fall even further to barely more than €8 billion.

Before the introduction of a 25 percent final withholding tax in January 2009 under tax reform laws passed the previous year, the state pulled in €13.5 billion in capital gains tax for the year 2008.

The reforms were supposed to stop tax evasion and therefore boost the government revenue. The new figures indicate that plan has failed.

The DSTG German taxpayers’ union is now calling for the abolition of the withholding tax, or Abgeltungsteuer.

Neither the goal of keeping private capital within Germany, nor the stated aim of simplifying the tax code, has been achieved, he said.

“On the contrary: for employees and pensioners with a personal tax liability of under 25 percent, it has become more complicated because the taxpayer has to ask for overpaid taxes back from tax authorities.”