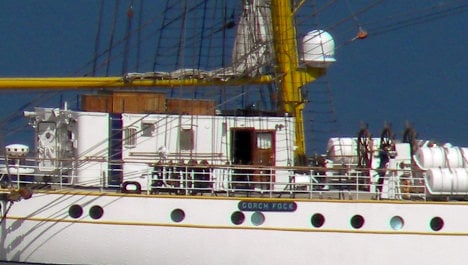 The father of Jenny Böken, an 18-year-old who mysteriously fell overboard from the now notorious ship and drowned, told daily Bild he believed his daughter may have been sexually harassed.

“I think it is absolutely possible that Jenny was harassed and went overboard during a quarrel,” father Uwe Böken told Bild. “An accident simply doesn’t make sense. From the beginning I’ve thought that sexual coercion was the scenario.”

Böken’s claims follow the revelation last week that the cadet officers on the Gorch Fock, a traditional sailing ship used for training, mutinied late last year after one of their comrades was killed in a fall from the ship’s rigging.

The same day, it emerged that a 21-year-old corporal serving in Afghanistan had been shot dead accidentally by a fellow soldier in an apparent weapons game – a fact that the Bundeswehr had tried to hush up.

Defence Minister Karl-Theodor zu Guttenberg, already under pressure over the spotfire scandals that have emerged over the past week, faces a tough week ahead, with an interim report on the death of the soldier in Afghanistan due to be published and the minister due to answer questions in the parliament on Friday.

Also on Monday it emerged that Guttenberg plans to ask for €1.2 billion to overhaul the military despite recent government belt-tightening, media reported.

Guttenberg told a Sunday newspaper that he had ordered an investigation into the entire armed services to determine the “extent to which there were in recent years and still are indications of practices that contradict the Bundeswehr’s principles.”

The money would be primarily used to boost salaries as “measures to improve the attractiveness” of a career in the military, as well as one-off costs associated with shrinking the overall size of the forces, such as early-retirement payments, the paper reported.

Guttenberg has embarked on an ambitious programme to modernize the military by ending conscription and reducing the sizes of the army, navy and air force, in an effort to transform them into a more modern, professional and flexible force.

But under the government’s savings drive to consolidate the budget, Guttenberg has to slash €8.3 billion from the cost of the armed forces over the next four years.